The Nature and Basis of Assurance. At the commencement of Matthew 5, we find the Lord Jesus pronouncing blessed a certain class of people. They are not named as “believers” or saints,” but instead are described by their characters; and it is only by comparing ourselves and others with the description that the Lord Jesus there gave, that we are enabled to identify such. First, He said, “Blessed are the poor in spirit.” To be “poor in spirit” is to have a feeling sense that in me, that is, in my flesh, “there dwelleth no good thing” (Rom. 7:18). It is the realisation that I am utterly destitute of anything and everything which could commend me favourably to God’s notice. It is to recognise that I am a spiritual bankrupt. It is the consciousness, even now (not years ago, when I was first awakened), that I am without strength and wisdom, and that I am a helpless creature, completely dependent upon the grace and mercy of God. To be “poor in spirit” is the opposite of Laodiceanism, which consists of self-complacency and self-sufficiency, imagining I am “rich, and in need of nothing.”

“Blessed are they that mourn.” It is one thing to believe the theory that I am spiritually a poverty-stricken pauper, it is quite another to have an acute sense of it in my soul. Where the latter exists, there are deep exercises of heart, which evoke the bitter cry, “my leanness, my leanness, woe unto me!” (Isa. 24:16). There is deep anguish that there is so little growth in grace, so little fruit to God’s glory, such a wretched return made for His abounding goodness unto me. This is accompanied by an ever-deepening discovery of the depths of corruption which is still within me. The soul finds that when it would do good, evil is present with him (Rom. 7:21). It is grieved by the motions of unbelief, the swellings of pride, the surging of rebellion against God. Instead of peace, there is war within; instead of realising his holy aspirations, the blessed one is daily defeated; until the stricken heart cries out, “O wretched man that I am! who shall deliver me from the body of this death?” (Rom. 7:24).

“Blessed are the meek.” Meekness is yieldedness. It is the opposite of self-will. Meekness is pliability and meltedness of heart, which makes me submissive and responsive to God’s will. Now observe, dear reader, these first three marks of the “blessed” consist not in outward actions, but of inward graces; not in showy deeds, but in states of soul. Note too that they are far from being characteristics which will render their possessor pleasing and popular to the world. He who feels himself to be a spiritual pauper will not be welcomed by the wealthy Laodiceans. He who daily mourns for his leanness, his barrenness, his sinfulness, will not be courted by the self-righteous. He who is truly meek will not be sought after by the self-assertive. No, he will be scorned by the Pharisees and looked upon with contempt by those who boast they are “out of Romans 7 and living in Romans 8.”   These lovely graces, which are of great price in the sight of God, are despised by the bloated professors of the day…

He who is really honest with himself and has had his eyes opened in some degree to see the awful sinfulness of self, and who is becoming more and more acquainted with that sink of iniquity, that mass of corruption which still indwells him, often feels that sin more completely rules him now than ever it did before. When he longs to trust God with all his heart, unbelief seems to paralyse him. When he wishes to be completely surrendered to God’s blessed will, murmurings and rebellion surge within him. When he would spend an hour in meditating on the things of God, evil imaginations harass him. When he desires to be more humble, pride seeks to fill him. When he would pray, his mind wanders. The more he fights against these sins, the further off victory seems to be. To him it appears that sin is very much the master of him, and Satan tells him that his profession is vain. What shall we say to such a dear soul who is deeply exercised over this problem? Two things.

First, the very fact that you are conscious of these sins and are so much concerned over your failure to overcome them, is a healthy sign. It is the blind who cannot see; it is the dead who feel not—true alike naturally and spiritually. Only they who have been quickened into newness of life are capable of real sorrow for sin. Moreover, such experiences as we have mentioned above evidence a spiritual growth: a growth in the knowledge of self. As the wise man tells us, “he that increaseth knowledge increaseth sorrow” (Ecclesiastes. 1:18). In God’s light, we see light (Psalm 36:9). The more the Holy Spirit reveals to me the high claims of God’s holiness, the more I discover how far short I come of meeting them. Let the midday sunshine into a darkened room, and dust and dirt which before were invisible are now plainly seen. So with the Christian: the more the light of God enters his heart, the more he discovers the spiritual filth which dwells there. Beloved brother, or sister, it is not that you are becoming more sinful, but that God is now giving you a clearer and fuller sight of your sinfulness. Praise Him for it, for the eyes of the vast majority of your fellows (religionists included) are blind, and cannot see what so distresses you!

Second, side by side with sin in your heart is grace. There is a new and holy nature within the Christian as well as the old and unholy one. Grace is active within you, as well as sin. The new nature is influencing your conduct as well as the old. Why is it that you so desire to be conformed to the image of Christ, to trust Him fully, love Him fervently, and serve Him diligently? These longings proceed not from the flesh. No, my distressed brother or sister, sin is not your complete master; if it were, all aspirations, prayers, and strivings after holiness would be banished from your heart. There are “as it were the company of two armies” (Song of Solomon 6:13) fighting to gain control of the Christian. As it was with our mother Rebekah—”the children struggled together within her” (Genesis 25:22)—so it is with us. But the very “struggle” shows that the issue is not yet decided: had sin conquered, the soul would no longer be able to resist. The conqueror disarms his enemy so that he can no longer fight back. The very fact that you are still “fighting” proves that sin has not vanquished you! It may seem to you that it soon will: but the issue is not in doubt—Christ will yet save you from the very presence of sin.

Having sought in the above paragraphs to heed the injunction found in Hebrews 12:12, 13 to “lift up the hands which hang down, and the feeble knees,” and to make “straight paths” for the feet of God’s little ones, “lest that which is lame be turned out of the way,” let us again direct our attention unto those who “have not a doubt” of their acceptance in Christ, and perhaps feel no personal need for what has been said above. The Lord declared that a tree is known by its fruits, so there cannot be anything wrong in examining the tree of our heart, to ascertain what kind of “fruit” it is now bringing forth, and discover whether it be such as may proceed from mere nature, or that which can only issue from indwelling grace. It may at once be objected, But nothing spiritual can issue from ourselves. From our natural selves, No; but from a regenerated person, Yes. But how can an evil tree ever be any different? Christ said, “Make the tree good, and his fruit good” (Matthew 12:33).

In considering the basis of the Christian’s assurance we must distinguish sharply between the ground of his acceptance before God, and his own knowledge that he is accepted by Him. Nothing but the righteousness of Christ-wrought out by Him in His virtuous life and vicarious death—can give any sinner a perfect legal standing before the thrice holy God. And nothing but the communication of a new nature, a supernatural work of grace within, can furnish proof that the righteousness of Christ has been placed to my account. Whom God legally saves, he experimentally saves; whom He justifies, them He also sanctifies. Where the righteousness of Christ is imputed to an individual, a principle of holiness is imparted to him; the former can only be ascertained by the latter. It is impossible to obtain a scriptural knowledge that the merits of Christ’s finished work are reckoned to my account, except by proving that the efficacy of the Holy Spirit’s work is evident in my soul. 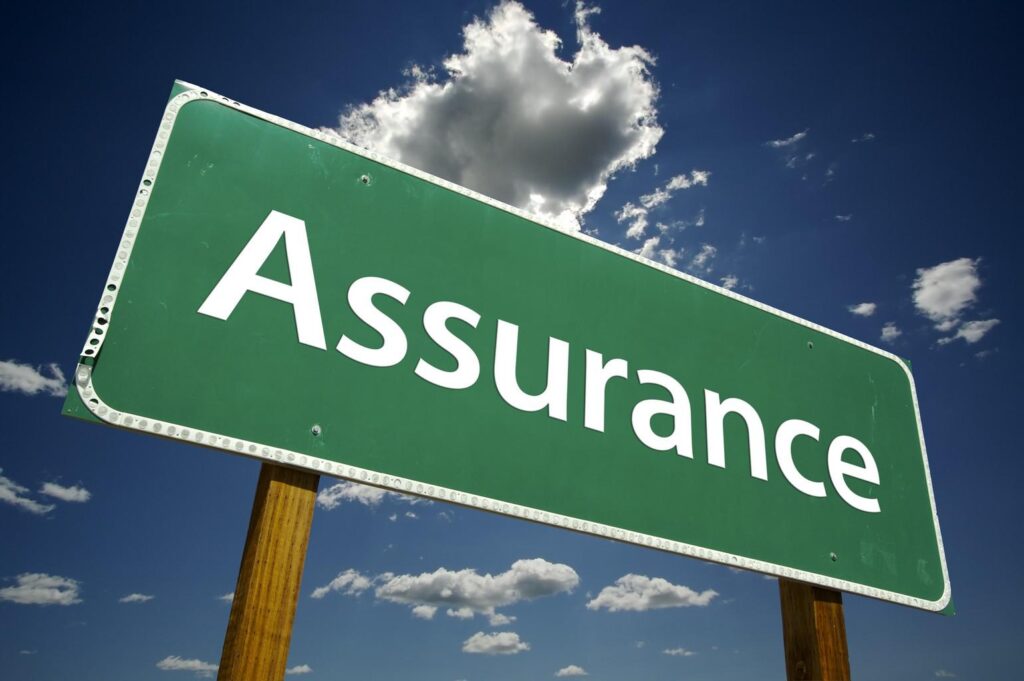 Studies on Saving Faith excerpted from two chapters: The Nature of Assurance and The Basis of Assurance.