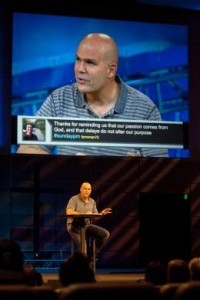 Tweeting during church services
gets blessing of pastors

He has pocketed his own iPhone for now, but tells everyone else to turn theirs on.

“OK guys, you can start the twitters,” he tells the crowd of about 250.

The nondenominational church recently started a new service encouraging parishioners to tweet their thoughts, reflections and questions in 140 characters or less via Twitter, the popular micro­blogging social network.

Using the real-time messaging tool in church is gaining some steam nationwide and in Houston as some pastors look to make church more interactive, draw in new faces and appeal to younger demographics. Some see it as a diversion, but others — especially in contemporary services — are bringing smart phones to the pews and tweeting away.

The trend is likely to grow more among emerging churches still building their traditions and congregations, said Glenn Shuck, a professor in the religion department at Williams College in Massachusetts.

“In a sense it lends itself more to Protestantism than Catholicism,” he said. “At a Catholic church it would be seen as a disruption, just as it would be at any established church, because power flows from the priest to the parishioners. In this case … it certainly allows parishioners to have a great deal more involvement in what one might call ‘doing church.’?”

At Woodlands Church, the tweets are reviewed by church staff and pop up on a screen behind Shook as he preaches.

He ignores them all until he’s done speaking, at which point he takes a look and addresses questions selected by a team backstage.

“what a powerful worship tonight. what i needed.”

“How do you know the voice is truth?”

Shook admits that when someone first suggested using Twitter during service, he worried that no one would pay attention to him.

“I was a skeptic at first,” he said. “No pastor wants their congregation to be distracted. But that’s not what’s happened.”

Instead, he says, it’s a way to make members feel they’re part of the message. To ensure that worshippers still get quiet time for the meditative and contemplative elements of spirituality, the service continues to include Communion and prayer.

Still, some say the tweeting is distracting, not only for fellow worshippers but for those posting tweets, as well. It’s more productive, they say, to focus on the message.

Craig Hayes, the founder and pastor of the nondenominational CrossingPoint Christian Church in Fresno, sees the worship service as a sacred time for introspection and focus.

“If two people are talking at the same time, somebody’s not listening,” Hayes said. “You cannot do two things at once and expect you’re not going to miss something.”

Still, he understands that in this era of social media, organizations are looking for new ways to incorporate online networks. So he also encourages members to tweet — but after the service is over.

“It’s a good way to connect good information to a larger group of people that may not normally go and get that type of information on their own,” Hayes said.

At mosques, the sermon and devotional prayer are usually considered one, so tweeting would be seen as detracting from the act of worship, said Kaleem Siddiqui, a spokesman for the Houston chapter of the Council on American-Islamic Relations. 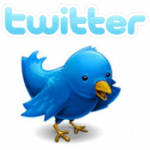 Shook, of the nondenominational Woodlands Church, is still easing into Twitter. During the first interactive service, his wife, Chris, took questions from the congregation via Twitter, and he contributed a tweet of his own: “Chris Shook looks really hot tonight!”

His son tweeted in response: “please don’t broadcast your attraction to mom across Twitter — kind of embarrassing.”

Shook is learning through experience.

“I forgot it went out to the whole twittersphere. I was so embarrassed…,” the pastor said. “But I can see this becoming a real part of the service.”

Truly, nothing, absolutely nothing, surprises me in the least with regard to postmodern pragmatic culture driven Emergent Church marketing technology et al.