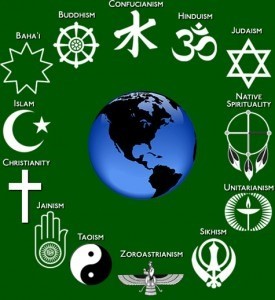 During the last twelve months, I have spoken on several occasions with regard to the significance of “Interfaith” and the new “Tony Blair Faith Foundation.”

Last year, May 2008, Tony Blair launched the all new and embracing ‘Tony Blair Faith Foundation’ – of which, he proclaimed; ” I will build up a New Adam “

The ‘Tony Blair Faith Foundation’ will concern itself with the six leading faiths: Christian, Muslim, Hindu, Buddhist, Sikh and Judaism.

The mission statement is “Faith and Globalisation – Oneness” as of the gospel according to Tony Blair and his Interfaith Movement.

“Religion is as important in this century as political ideology was in the last.” said Tony Blair.

Yale University is a partner in the project with the former prime minister in position teaching the subject of “Faith and Globalization.”

Roman Catholic Cardinal Cormac Murphy O’Connor of Westminster, England, had pledged to join the council “when the Pope allows him to retire.”

Richard C. Levin, Yale’s president, who shared the stage with Blair and two young American Muslim leaders, said the community service programs that will be part of the foundation’s work will build a bond among young people, despite any theological differences.